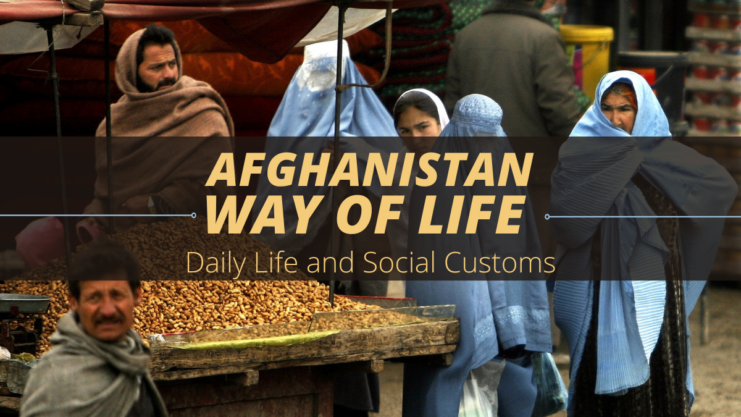 Although the Afghan population is composed of many distinct ethnic groups, certain elements of their way of life are much the same. Characteristically, the family is the mainstay of Afghan society. Extremely close bonds exist within the family, which consists of the members of several generations. The family is headed by the oldest man, or patriarch, whose word is law for the whole family.

Family honor, pride, and respect toward other members are highly prized qualities. Among both villagers and nomads, the family lives together and forms a self-sufficient group. In the villages each family generally occupies either one mud-brick house or a walled compound containing mud-brick or stonewalled houses. The same pattern prevails among the nomads, except that tents replace the houses. 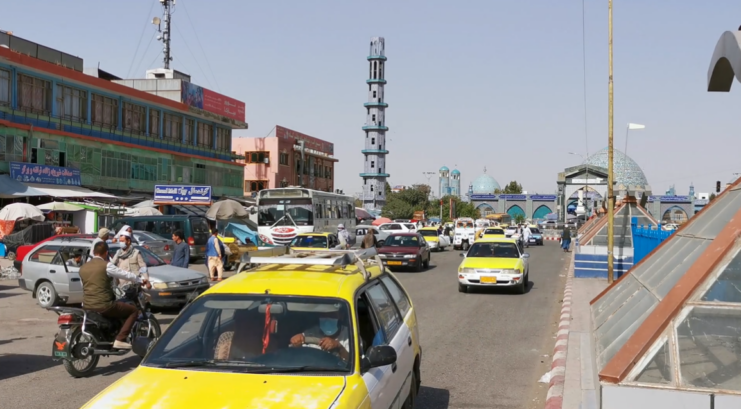 Settlements in Afghanistan with less than 100 houses number over 10,000 and those with 100 to 250 houses number about 1000. There are 53 urban centers that range in size from 2500 to 25,000 people. In the smaller villages, there are no schools, no stores, nor any representative of the government. Each village has three sources of authority within it: the malik (village headman), the mirab (master of the water distribution), and the mullah (teacher of Islamic laws). Commonly a khan (large landowner) will control the whole village by assuming the role of both malik and mirab.

Baggy cotton trousers are a standard part of the Afghan villager’s costume. The men wear long cotton shirts, which hang over their trousers, and wide sashes around their waists. They also wear a skullcap, and over that, a turban, which they take off when working in the fields. The women wear a long loose shirt or a high-bodice dress with a swirling skirt over their trousers; they drape a wide shawl about their heads.

Many women wear jewelry, which is collected as a form of family wealth. When urban women leave their houses they usually wear a burka or shadier, a long tentlike veil that covers them from head to foot. Women in villages seldom wear the burka, and educated urban women discarded the custom, especially under Soviet domination where it was regarded as backward.

The diet of most Afghan villagers consists mainly of unleavened flat bread called nan, soups, a kind of yogurt called mast, vegetables, fruit, and occasionally rice and meat. Tea is the favorite drink.

Village men work in the fields, joined by the women during the harvest. Older children tend the flocks and look after the smaller children. The village mosque is the center of religious life and is often used as the village guest house.

Twice a year groups of nomads may pass through villages on their routes from summer highland grazing grounds to the lowlands where they camp during the winter. The villagers traditionally permit the nomads to graze their animals over the harvested fields, which the flocks fertilize by depositing manure.

A favorite sport in northern Afghanistan is a game called buzkashi, in which teams of horsemen compete to deposit the carcass of a large headless calf in a goal circle. Afghans also play polo and ghosai, a team sport similar to wrestling. The most important holiday in Afghanistan is Eid and Nowruz, or New Year’s Day, which is celebrated on the first day of spring.