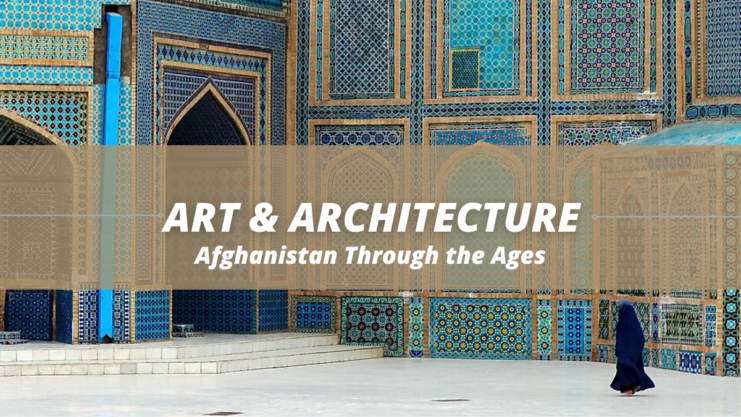 Among the most famous sites are the great mosques of Herat and Mazar-e Sharif; the minaret of a mosque at Jam in the west central highlands; the 1000-year-old Great Arch of Qal’eh-ye Bost; the Chel Zina (Forty Steps) and rock inscription made by Mughal emperor Babur in Kandahar; the Great Buddha of Bamian (55 m/180 ft tall); the “Towers of Victory” in Ghazni; and Emperor Babur’s tomb and the great Bala Hissar fort in Kabul.

In the smaller arts, magnificent light blue-green fired tile work is famous in Herat, along with other fine works in book illumination, illustration, bronze, stone, and wood. Afghan cultural life is characterized by traditional arts and pastimes; gold and silver jewelry, marvelous decorative embroidery, and various leather goods are still made in homes. By far the greatest art forms known widely from Afghanistan are the Afghan-style woven Afghan Rugs.