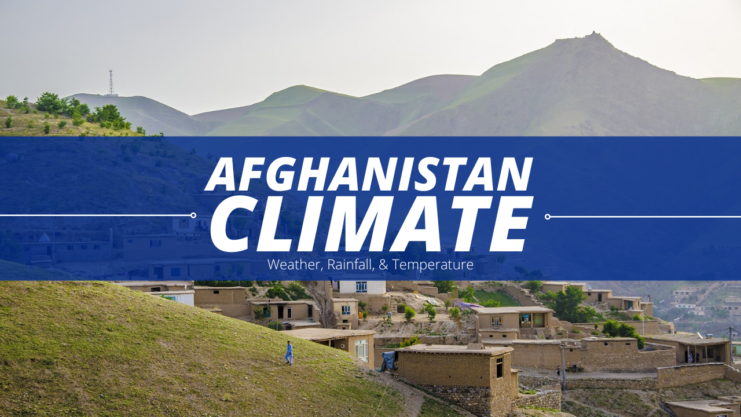 Most of Afghanistan has a subarctic mountain climate with dry and cold winters, except for the lowlands, which have arid and semiarid climates. In the mountains and a few of the valleys bordering Pakistan, a fringe effect of the Indian monsoon, coming usually from the southeast, brings moist maritime tropical air in summer.

Afghanistan has clearly defined seasons; summers are hot and winters can be bitterly cold. Summer temperatures as high as 49 °C (120 °F) have been recorded in the northern valleys. Midwinter temperatures as low as -9 °C (15 °F) are common around the 2000-m (6600-ft) level in the Hindu Kush.

The climate in the highlands varies with elevation. The coolest temperatures usually occur on the heights of the mountains. Temperatures often range greatly within a single day. Variations in temperature during the day may range from freezing conditions at dawn to the upper 30s °C (upper 90s °F) at noon.

Most of the precipitation falls between the months of October and April. The deserts receive less than 100 mm (4 in) of rain a year, whereas the mountains receive more than 1000 mm (40 in) of precipitation, mostly as snow. Frontal winds sweeping in from the west may bring large sandstorms or dust storms, while the strong solar heating of the ground raises large local whirlwinds.