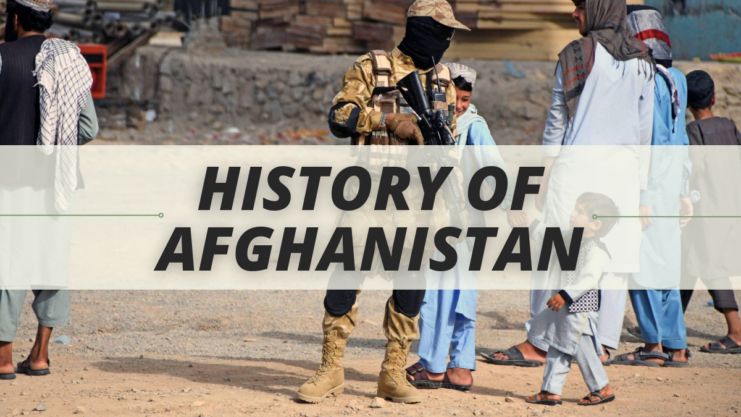 Afghanistan’s history, internal political development, foreign relations, and very existence as an independent state have largely been determined by its geographic location at the crossroads of Central, West, and South Asia.

Over the centuries, waves of migrating peoples passed through the region described by historian Arnold Toynbee as a “roundabout of the ancient world”–leaving behind a mosaic of ethnic and linguistic groups. The outline of the Afghanistan’s History In modern times, as well as in antiquity, will focus on vast armies of the world passing through Afghanistan, temporarily establishing local control.

323 BC  After Alexander’s death, the region at first was part of the Seleucid empire. In the north, Bactria became independent, and the south was acquired by the Maurya dynasty. 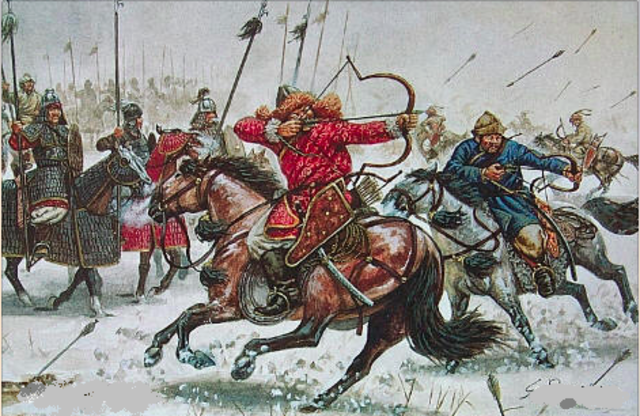 1140 – 1215 Ghorid leaders from central Afghanistan capture and burn Ghazni, then move on to conquer India

Marco Polo crosses Afghanistan on his voyage from Italy to China to discover the “Silk Route“. Revolts and battles between smaller kingdoms mark the next two centuries.

1504-1519  Moghul dynasty Babur shah,  takes control of Kabul, Babar begins to take control of Afghanistan. Babur, a descendant of Timur , used Kabul as the base for his conquest of India and the establishment of the Mughal empire in the 16th cent.

1520-1579 Bayazid Roshan (Afghan intellectual) revolts against the power of the Moghul government.  Roshan was killed in a battle with the Moghuls in 1579–but his struggle for independence continued.

1715 Mir Wais dies peacefully, and lies in a mausoleum  outside of Kandahar.

1722 Mir Wais’ son, Mir Mahmud, invades Persia and occupies Isfahan.  At the same time, the Durranis revolt, and terminate the Persian occupation of Herat. The Durranis revolt to throw out Persians from Herat.

the Persian Nadir Shah extended his rule to N of the Hindu Kush. After his death (1747) his lieutenant, Ahmad Shah, an Afghan tribal leader, established a united state covering most of present-day Afghanistan. His dynasty, the Durrani, gave the Afghans the name (Durrani) that they themselves frequently use.

1747 Nadir Shah is assassinated, and the Afghans  rise once again.  Afghans, under the leadership of Ahmad Shah Abdali  retake Kandahar, and establish modern  Afghanistan.

1747 – 1773 Ahmad Shah Durrani, also known as Ahmad Shah Abdali and (Ahmad Shah Baba) is the founder of today’s Afghanistan. Pir Sabir Shah, the spiritual guide of the time, showered his praise for the young Ahmad Shah by declaring him Dar-e-Durran (pearl of the pearls) not because that he was a military giant but for his humanity a definite quality of a statesman. The start of the Durrani’s Empire.

1773 – 1793 Timur Shah relocated the capital of Afghanistan from Kandahar to Kabul.

1793 – 1800 Zaman Shah He began to remove prominent Muhammadzai leaders from positions of power and replacing them with men of his own lineage, the Sadozai. This upset the delicate balance of Durrani tribal politics that Ahmad Shah had established and may have prompted Painda Khan and other Durrani chiefs to plot against the shah. Painda Khan and the chiefs of the Nurzai and the Alizai Durrani clans were executed, as was the chief of the Qizilbash clan.

Painda Khan’s son fled to Iran and pledged the substantial support of his Muhammadzai followers to a rival claimant to the throne, Zeman’s older brother, Mahmood Shah. The clans who’s chiefs Zeman had executed joined forces with the rebels, and they took Kandahar without bloodshed.

1819-1826 Shaw Mahmood but the reign of the Sadozai line ended in 1818, and no predominant ruler emerged until Dost Muhammad became emir in 1826.

1826 – 1839 Dost Mohammad Khan takes Kabul, and establishes control. During his rule the status of Afghanistan became an international problem, as Britain and Russia contested for influence in central Asia. Aiming to control access to the northern approaches to India, the British tried to replace Dost Muhammad with a former emir, subordinate to them.

This policy caused the first Afghan War (1838-42) between the British and the Afghans. Dost Muhammad was at first deposed but, after an Afghan revolt in Kabul, was restored. In 1857, Dost Muhammad signed an alliance with the British. He died in 1863 and was succeeded, after family fighting, by his third son, Sher Ali.

1842-1844 Akbar Khan  (Afghan hero)  is victorious against the British. The ferocity was such that the 16,500- B British garrison with 12,000 support staff and dependents were wiped out. Only one survived, of mixed British-Indian garrison, reaches  the fort in Jalalabad, on a stumbling pony.

Mohammad Akbar Khan  was a major player in the defeat of the British army in the first Anglo-Afghan War (1839-1842). He outsmarted and killed Sir William MacNaughten, a top British official who highly advocated the invasion and subjugation of Afghanistan by the British army. Mohammad Akbar was very ambitous and wanted to regain all the land that was lost by the Afghans, and rebuild another great empire, similar to Ahmad Shah Abdali’s. However, his father, Dost Mohammad Khan, who wanted to work with the British, feared his son’s rise to power. Many believed that Amir Dost Mohammad poisoned his own son at the age of 29. Mohammad Akbar Khan is highly revered by Afghans today, and is seen as a major historical hero. A residential area of Kabul is named after him.

1843 – 1863 Dost Mohammad Khan comes back and occupies the royal throne. After the annihilation of  British troops, Afghanistan once again becomes independent.

He was, however, recognized by the British as emir in 1880, and he supported British interests against Russia..

1907- 1919 Habibullah Khan’s regime.Russia and Great Britain sign the convention of St. Petersburg, Agreement reached between British and Russian governments over the territorial integrity of Afghanistan

His tribal army loots government buildings and houses of wealthy citizens because the treasury was empty. Habibullah Kalakani, along with his supporters, and a few supporters of Amanullah Khan are killed by Nadir Khan.  Now Nadir Khan establishes full control.

Daoud Khan abolishes the monarchy and declares himself President. The Republic of Afghanistan is established.

1992 April 15 The Mujahideen take Kabul and liberate Afghanistan, Najibullah is protected by UN.

Mullah Omar Taliban militia forced President Rabbani and his government out of Kabul.  After the capture of Kabul, the Taliban executed Najibullah.

NATO presence, the Emergency Loya Jirga, the Taliban takeover, and the Panjshir uprising

2014 – Sep. 29 Ashraf Ghani After announcing his candidacy for the 2014 elections, Ghani tapped General Abdul Rashid Dostum, a prominent Uzbek politician and former military official in Karzai’s government and Sarwar Danish, an ethnic Hazara, who also served as the Justice Minister in Karzai’s cabinet, as his vice presidential candidates.

After none of the candidates managed to win more than 50% of the vote in the first round of the election, Ghani and Abdullah Abdullah, the two front runners from the first round, contested in a run-off election, which was held on 14 June 2014.
Initial results from the run-off elections showed Ghani as the overwhelming favorite to win the elections. However, allegations of electoral fraud resulted in a stalemate, threats of violence and the formation of a parallel government by the camp of his opponent, Abdullah Abdullah.
On 7 August 2014 US Secretary of State John Kerry flew to Kabul to broker a deal that outlined an extensive audit of nearly 8 million votes and formation of a national unity government with a new role for a chief executive officer who would carry out meaningful functions within the president’s administration. After a three-month audit process, which was supervised by the United Nations with financial support from the U.S. government, the Independent Election Commission announced Ghani as President after Ghani agreed to a national unity deal.
Initially, the election commission said it would not formally announce specific results. It later released a statement that said Ghani managed to secure 55.4% and Abdullah Abdullah secured 43.5% of the vote, although it declined to release the individual vote results.