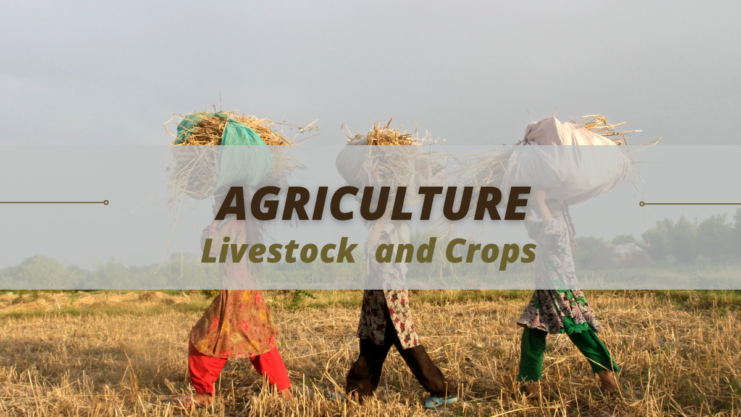 Only a very small share of Afghanistan’s land (about 15 percent), mostly in scattered valleys, is suitable for farming; about 6 percent of the land is actually cultivated. At least two-thirds of this farmland requires irrigation.

Water is drawn from springs and rivers and is distributed through surface ditches and through underground channels, or tunnels, which are excavated and maintained by a series of vertical shafts. Such a tunnel is known as a karez or qanat. In 1987 about 26,600 sq km (10,300 sq mi) of farmland were irrigated.

Wheat is the most important crop, followed by barley, corn, and rice. Cotton is another important and widely cultivated crop. Fruit and nuts are among Afghanistan’s most important exports.

Afghanistan is noted for its unusually sweet grapes and melons, grown mostly in the southwest, north of the Hindu Kush, and in the fertile regions around Herat. Raisins are also an important export. Other important fruits are apricots, cherries, figs, mulberries, and pomegranates.

Livestock is nearly as important as crops to Afghanistan’s economy. Karakul sheep are raised in large numbers in the north. The tight curly fleece of Karakul lambs is used to make Persian lamb coats. Other breeds of sheep, such as the fat-tailed sheep, and goats are also raised.

Afghanistan is a major supplier in the international drug trade. It is the second-largest opium producer after Myanmar (formerly known as Burma), with 950 metric tons produced in 1994. Afghanistan also produces significant quantities of hashish.