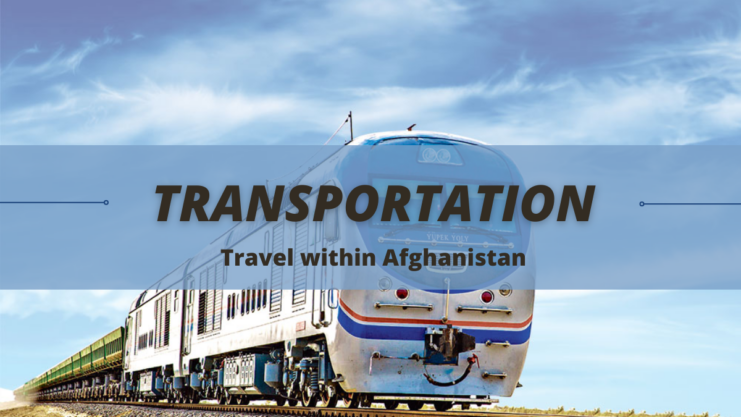 Travel within Afghanistan is severely limited by the rugged terrain. The country has less than 25 km (less than 16 mi) of railroad track, all of which is for shipping goods to and from Afghanistan and Turkmenistan and Uzbekistan. Petroleum products are piped in from Uzbekistan to Bagram and from Turkmenistan to Shindand. Natural gas used to be piped into the part of the USSR that is now Uzbekistan through a 180 km (110 mi) pipeline but was terminated immediately after the war.

Except for the Amu Darya, which has 1200 km (750 mi) of navigable waters and handles vessels up to about 500 metric tons, the country’s narrow, fast-flowing rivers are nearly all unnavigable and are used chiefly for the transportation of free-floating timber. Ports on the Amu Darya include Keleft, Kheyrabad, and Shir Khan. There is about 21,000 km (about 13,000 mi) of highways, about 13 percent are paved, 8 percent are gravel, and 79 percent are dirt. 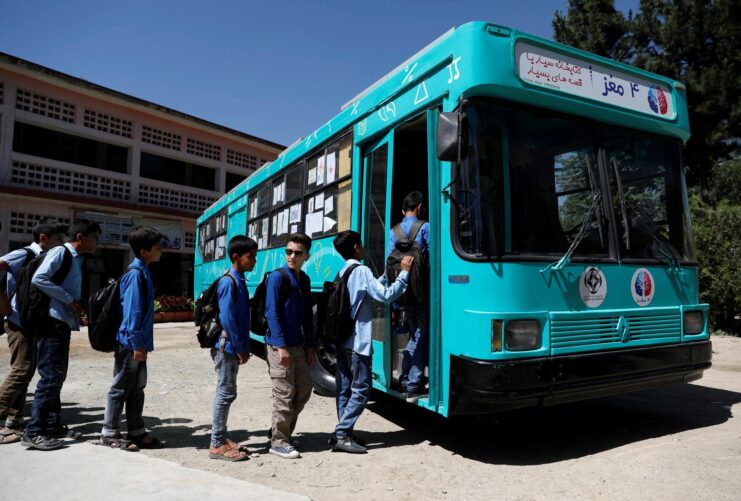 Public transportation in Afghanistan is generally by bus and truck in which loads of people, animals, and produce are packed into small spaces or on the roof. In general, women ride in the front, separated from men. City dwellers tend to travel by bus and bicycle. In the countryside, most Afghans travel by foot, donkey, horseback, and occasionally by camel.

Kabul and Kandahar have international airports. There are 48 airports in the country, about half of which have paved runways. The national airline is Ariana Afghan Airlines; Bakhtar Afghan Airlines also provides some domestic service, but it is nearly defunct because of the war.

Camels and other pack animals are used for conveying goods. Afghanistan depends on neighboring countries for the shipment of goods to and from its borders. Hostilities between Pakistan and Afghanistan have often led to the closing of that border.