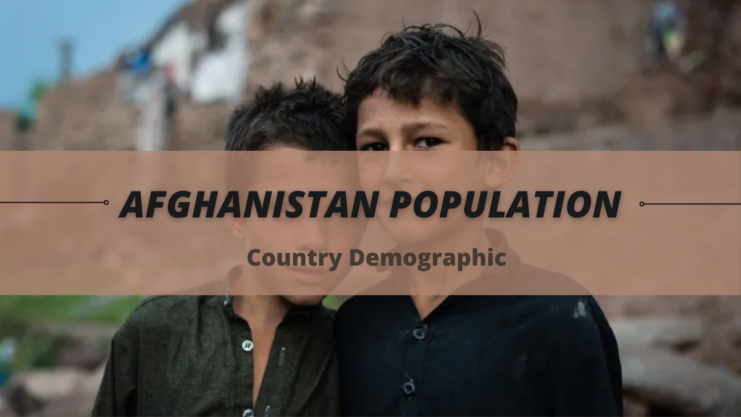 The last official census in Afghanistan was in 1979 when the population registered at 15,551,358. The 1993 population estimate was 17,691,000, though the effect of the war-with its casualties and refugees have made it difficult to make a reliable estimate.

In 1979 more than 85 percent of the population lived in rural areas, with about 15 percent in urban settings. Of the urban dwellers, probably about half lived in Kabul, the capital city. The nomadic population was estimated to be about 2.5 million people.

During the war with the Soviets, the number of Afghan refugees outside the country escalated dramatically, with as many as 2.5 million to 3 million refugees in Pakistan and another 1.5 million in Iran. About 150,000 Afghans were able to migrate permanently to other countries, including the United States, Australia, and various European countries.

Afghanistan has a population growth rate of about 2.6 percent. The growth rate is 2.3 percent in rural areas and 4.7 percent in urban areas, reflecting migration to urban centers. At the beginning of the civil war, the population of Kabul swelled to 2 million people because of the extensive fighting in the countryside.

Now that situation has reversed because much of Kabul has been destroyed by a rocket attack and other combat. Afghanistan’s infant mortality rate is the highest in the world; as many as 38 percent of all newborn children do not survive beyond their first birthday.