Kabul, the capital and largest city, had an estimated 1,424,400 inhabitants in 1988, but possibly less than 1 million in 1995 because so much of it has been destroyed. The city was once distinguished in Afghanistan for its well-lighted streets and modern buildings, but virtually no electricity exists anymore, and many of Kabul’s structures have been reduced to rubble. 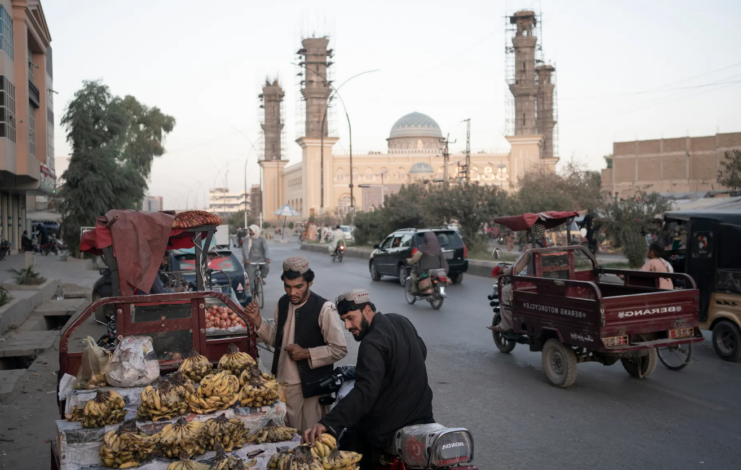 Other, towns include Jalalabad in the east, with a Pashtun majority; Charikar just north of Kabul, with mixed ethnicity; Andkhvoy and Maimaneh in the north in Uzbek country; and Kondoz, Feyzabad (Faizabad), and Baghlan, also in the north with a dominant Tajik ethnicity.

Along with a number of other places, Herat and Kandahar have been extensively damaged in both the war with the Soviets and the later civil war. Other towns suffered less extensive damage and have been partly rebuilt. Difficulties with water quality and public transportation continue to exist from before the war.